House of Shame tells the story of the party institution House of Shame and that of its organiser, hostess, front woman, attention whore – in short: Chantal, the protagonist of the film.

House of Shame is a Queer Party in Berlin that offers disco house beats and live acts every Thursday night. Every Thursday a new and different act – for the past fifteen years without interruption.

Chantal is the organizer of this party – for all of the past fifteen years.
Before that, she was a tranny hooker on the streets for 17 years.
Chantal is transsexual.
And an underground legend.

The film House of Shame tells her story.

“For me, Chantal’s House of Shame was and is Berlin’s Hole Lotta Love: A hole full of love, the perfect party for the best time of the day – that which follows the end of days.

I’ve taken photographs there throughout the entire past ten years, initially with major intervals in-between and later nearly all the time. I’m no party photographer. But excess and the end of the world are two good friends of mine. During this time, 60,000 or more negatives were made, both analogue and digital. 60,000 decisive moments, with emphatic reference to Henri Cartier-Bresson’s concept of “the decisive moment”– or, at least, the attempt to catch it. Again and again – until we began making a film.” (J.Jackie Baier) 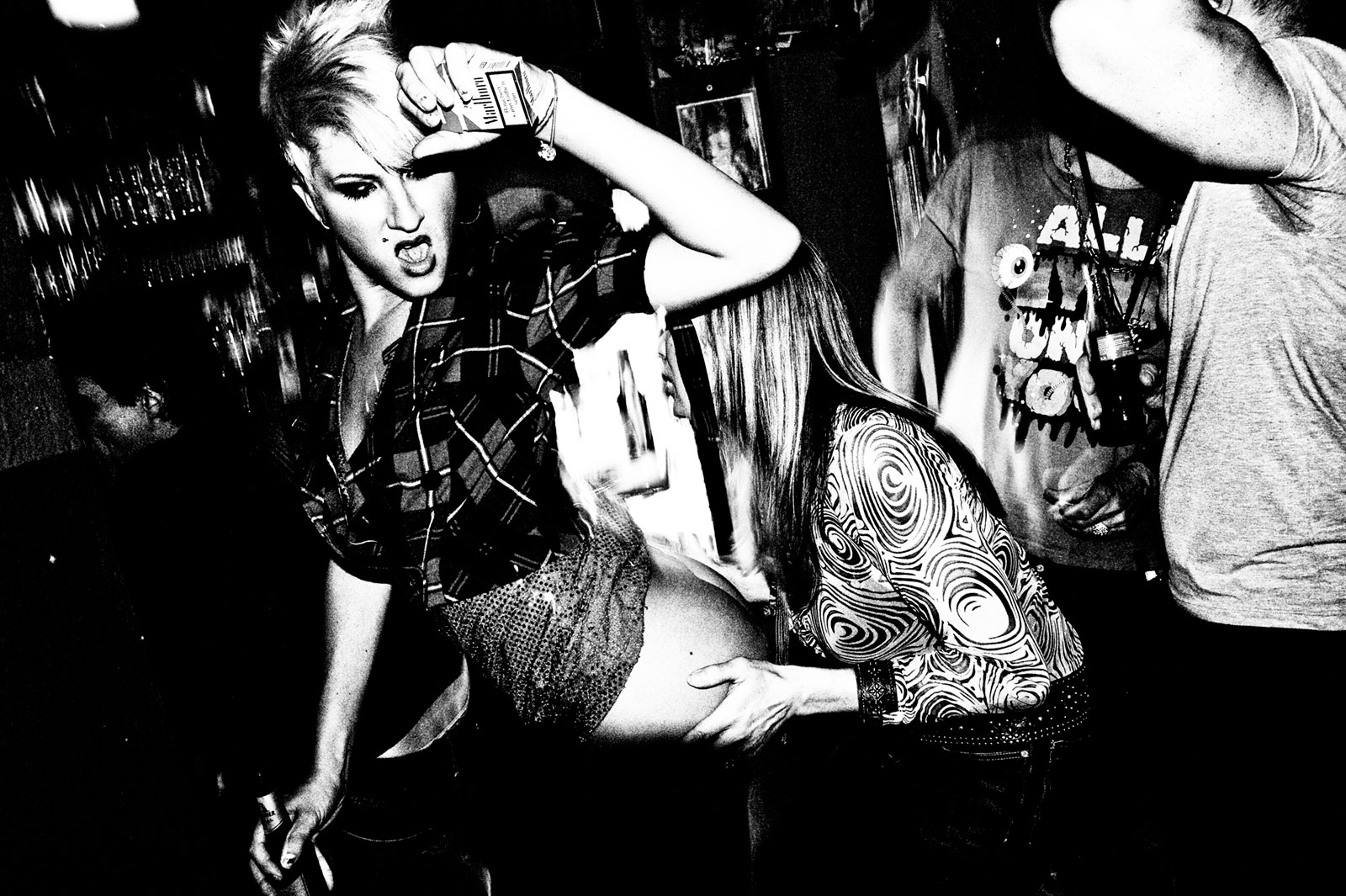 Danni and Chantal at House of Shame party, 2009

a post-punk fairy tale: From the gutter to the stars and back again, all within 93 minutes.
“Applause for Chantal.” (Chantal)